Picking a Theme for your Tournament Awards

We are in the heat of trophy season with production being dominated my tournament deadlines. It’s like Santa’s workshop here, but for awards! Here’s a look at some of the trophies that have gone out recently. You’ll notice that some are very different from each other, even when for the same club. That’s because our sales team works with our clients to create unique trophies that you couldn’t get anywhere else which further brands the tournament

Here’s THE GUSHER trophies for Shawnee Country Club. They had an oil theme going with this event. 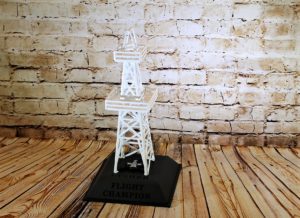 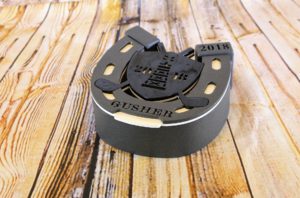 Whipporwill has been orders trophies for their Steamshovel Invitational for several years now from us. Each year we try to do something fresh with the design. 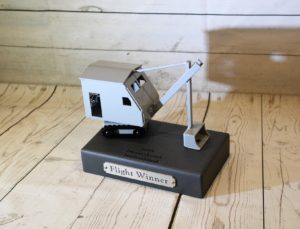 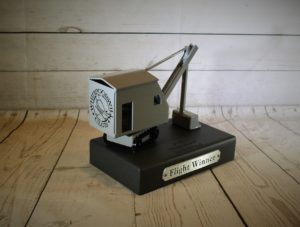 Champions Retreat did a re-order of their Member-Guest trophies. The trophy them on these was location specific with the state of Georgia for the flight winners, and then a specific tree at their club for the overall champions. 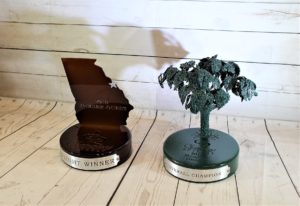 Schaffer’s Mill did a logo trophy for their Men’s Champions Making the logo as the focal point of the trophy is good for branding and just looks good. 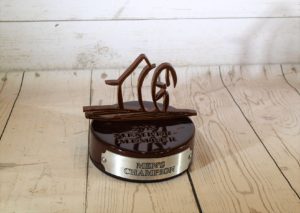 The Bridges did their Chianti trophies with us. You can guess why their trophy theme was a bridge… 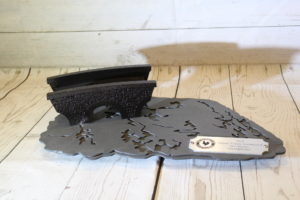 Bob O’link Golf Course booked several trophy orders from us. Their Member-Guest is logo themed and then their Harvest Home trophy for fall time as an apple theme (harvesting apples). 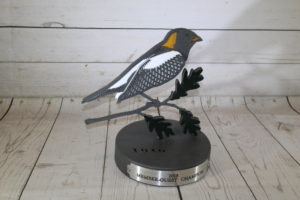 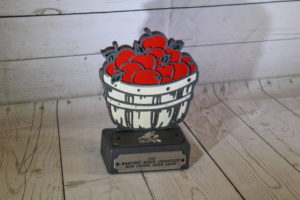 Squire Creek wanted to use their tournament logo as the main theme, but also their club logo on the base. 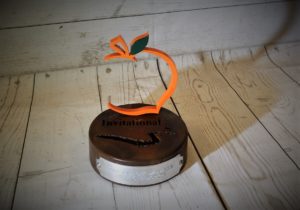 Sonnenalp Club did a shootout trophy with a cutout of a gun and then their logo. We also drilled ‘bullet holes’ into the base. 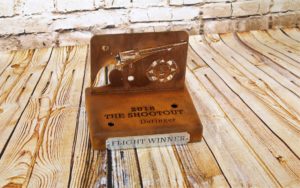 The River Club wanted to do a water themed trophy, so they picked a canoe. The champions earned canoes, and the flight winners earned paddles. 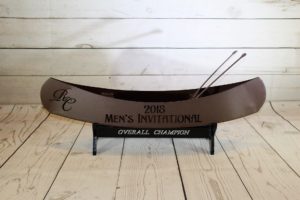 Here’s a plaque that we did for a local charity, Idaho Youth Ranch. 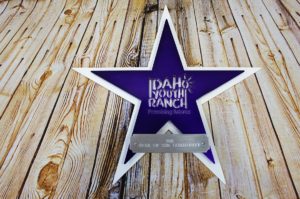 Windsong Farms used their tournament logo for their champion awards. 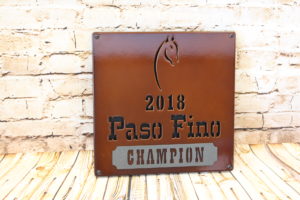 Spurwing did a re-order of their derby and Wing Ding Classic trophies this year. 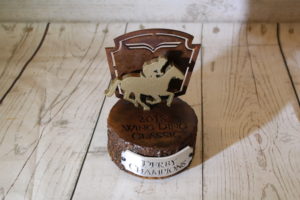 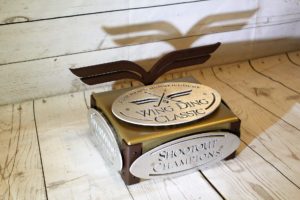 We will have more photos to share soon! If you want to book your next trophy order with us, please let us know. Thanks!